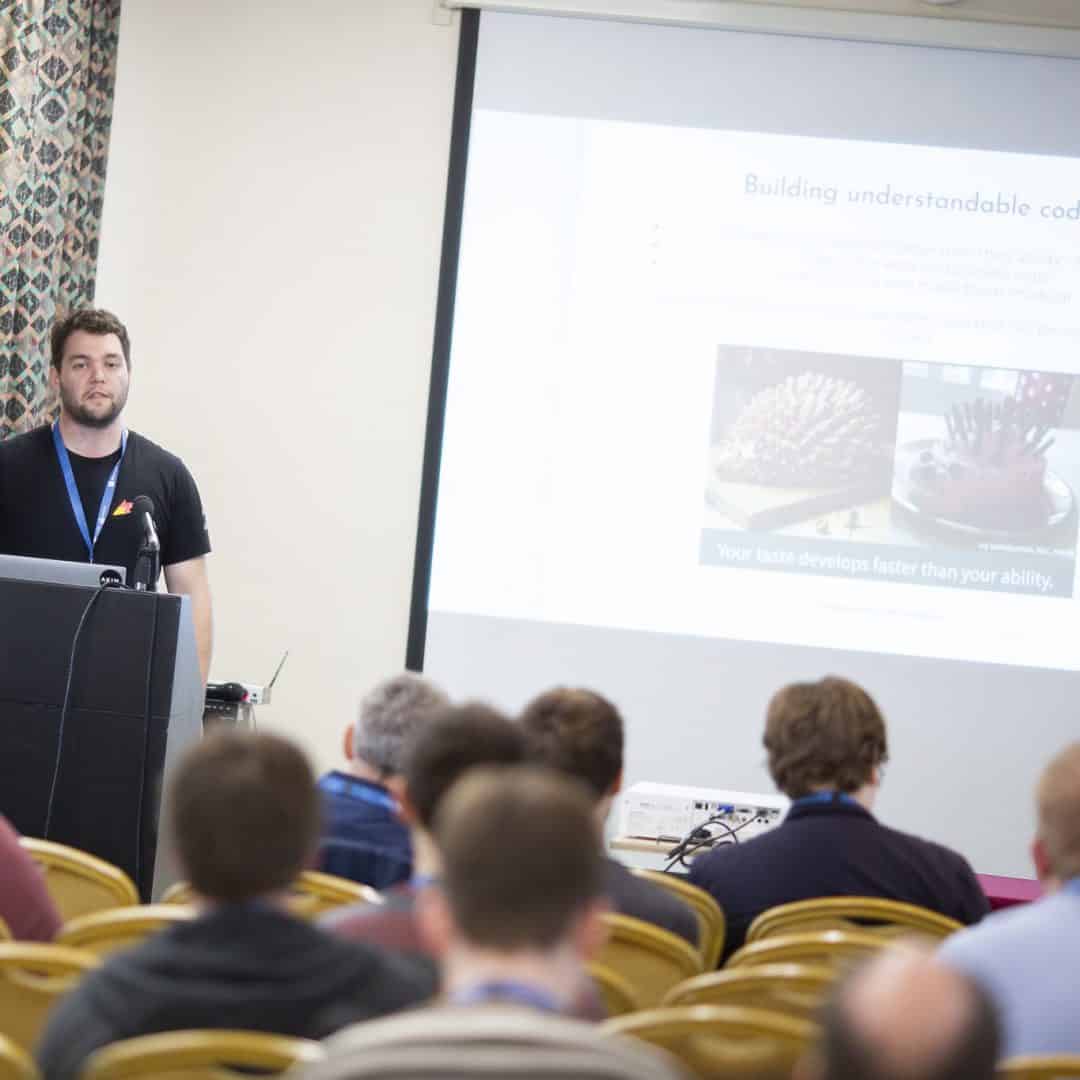 Python is often touted as one of the fasted growing programming languages (https://www.economist.com/graphic-detail/2018/07/26/python-is-becoming-the-worlds-most-popular-coding-language), with a myriad of applications such as web development, cybersecurity and of course data science & analytics. Whilst a number of different coding languages are utilised by members of The Oakland Group, depending on the scenario, the majority of the team can and do work in Python due to its versatility and ease of use. As such, when the annual Python UK (PyconUK) conference rolled around this September it was no shock that the Oakland team were excited to see what was happening in the wider Python world, meet new friends in the community and even present back some of their knowledge.

PyconUK is a highly accessible, community-driven conference that looks to share what people are doing with Python and link up members of the community. Talks range from the broader conceptual pieces around the language (such as comparing the move from Python2 to Python3 to the staggered change in calendars across Europe) to the highly technical deep dives (there is a lot you can learn about dictionaries!) and everything that falls in between.

Over the four days in which the main body of the conference ran the team attended a number of talks and workshops given by members of the community, attended the well-organised socials (Friday board games are never going to go down badly!) and chatted to loads of lovely Python users. Also, in addition to just watching the talks, Rich Louden from The Oakland Team tested his presentation skills with a dive into the issues regarding reproducibility and collaboration in business analytics and how companies may be able to fix this!

Whilst most companies are aspiring to utilise machine learning to either increase efficiency or drive sales, the reality is that the vast majority aren’t capable due to issues in their current analytics processes. Using examples from his experience in consulting in some of these companies Rich provided a few ways of working to help improve reproducibility and collaboration using a range of opensource tools.

The team had a great time in Cardiff and with special mention to the fabulous volunteer community that organised the event.

Here is a quick summary of a few select talks that were enjoyed by the team (which can all be viewed on youtube via https://www.youtube.com/channel/UChA9XP_feY1-1oSy2L7acog

The move from Python2 to Python3 has been an issue for a great number of people, due to a large amount of systems built using Python2 code which will very soon not be supported. Using a number of examples from European history (such as the movement to the Gregorian calendar), Tobias Kunze wove an amusing and interesting comparison about how you should approach moving from one way of working to another.

Libraries and decorators are common aspects of python programming, utilised often to improve the readability and simplicity of a module of set of actions. However, behind the scenes this methodology can actually lead to increased complexity within the back end of the program, making debugging and maintenance a much greater task. During this talk, Richard Terry provided his opinion on the subject, along with a number of interesting and amusing examples.

Input/output (I/O) is one of the most common actions performed using code, whether accessing an API, a database or a local file it provides external context that is usually required for a programme to have real value. Through their experience of dealing with archive data at the welcome trust, Alex Chan explains a potential design pattern that takes I/O away from any business logic in order to make the process more maintainable and generalised.